Hundreds of hectares of vegetables, vineyards, watermelons and melons were flooded as the roads turned into rivers and facilities were destroyed by the bad weather front that hit the Gargano area (Apulia) on July 19th, 2021. 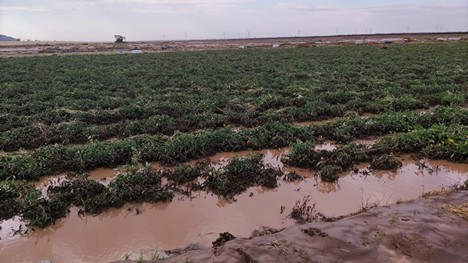 Around 24 hours after the extreme weather events, FreshPlaza talked to a few operators and technicians working in the area. “In just 4 hours, the affected areas were inundated by approximately 250 mm of rain. Although it is still early to make an assessment, we have estimated that around 450-500 hectares were hit,” reported Pietro Bergantino, agronomist and owner of an agency part of Consorzio Agrario d’Italia (CAI). 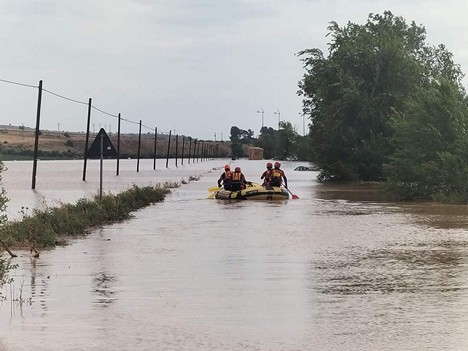 “We are located in the Capitanata area (Apulia), the leading region in central and southern Italy for the production of industrial tomatoes. The produce was either ripe or almost ready for harvesting. Asparagus, broccoli and fennel crops, where transplants started around ten days ago, were also damaged.” 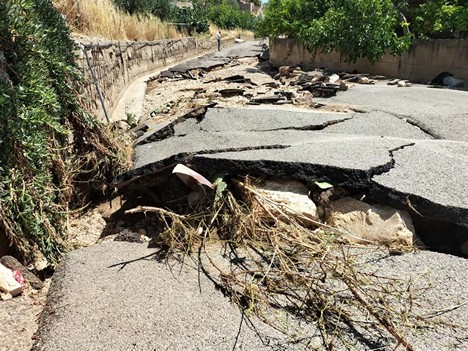 Giosuè Del Vecchio, counselor for agriculture at the Rignano Garganico municipality (FG) and owner of Fratelli Del Vecchio, explained that “the damage to the agricultural areas near Rignano Garganico is extensive, we also feared for the people who remained isolated in the flooded areas. This disaster damaged not only crops, but also facilities, greenhouses and infrastructures. Now we need to assess the damage to see whether it will be possible to declare the state of natural disaster. We feel abandoned, as if Gargano was not part of Apulia – maybe it is not clear that there are entire businesses under water over here.” 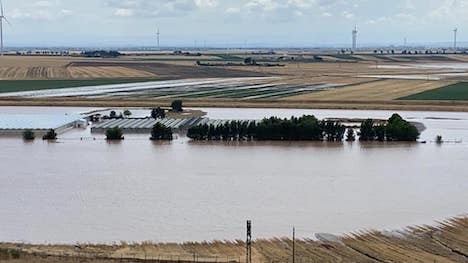 Giovanni Terrenzio, president of Prima Bio, a cooperative growing various vegetables and organic broccoli and asparagus in particular, added that “in Rignagno Garganico (FG), the floods destroyed and dragged 18,000 sq m of greenhouses for over 1 km. The damage to the infrastructures and productions will affect the entire chain because, in addition to the greenhouses, we also lost the early broccoli plants that were supposed to be delivered to local businesses on July 21st. As for the open fields, we lost 15 out of 25 tomato hectares. It was a catastrophe that affected around 3,000 hectares of land, leading to the loss of over 500 hectares of vegetables, Prima Bio is one of the worst hit, but we will go on despite the bitterness of having lost in an instant what we had built over 40 years of hard work!” 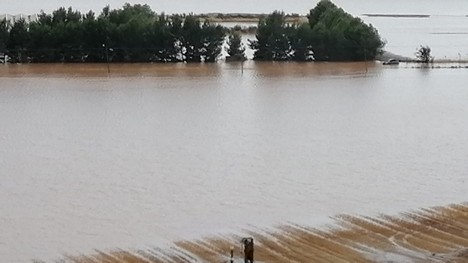 “What happened on the night between July 18th and 19th and until late morning is unbelievable. Storms and strong winds caused floods and surface runoffs. The Candelaro river overflowed and flooded the surrounding area,” reports Marco Nicastro, president of Op Mediterraneo.

“Those hit were already dealing with the difficult market situation due to the low profit, and now they will be even more demoralized as things could have improved, while now they have helplessly witnessed the destruction of their crops.” 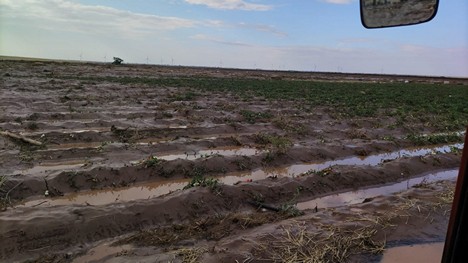 “It’s a peculiar historical period. We never stopped during lockdown – we have always fought, grown and planned despite the many difficulties caused by the health emergency and increase in the prices of raw materials. There are many entrepreneurs who, like me, are training their children so that they can start to take the lead. However, always suffering the consequences of bad weather becomes depressing and demotivating for them, while we would like them to be the future of agriculture,” concluded Marco Nicastro.