Going to the ICJ is necessary, but not sufficient 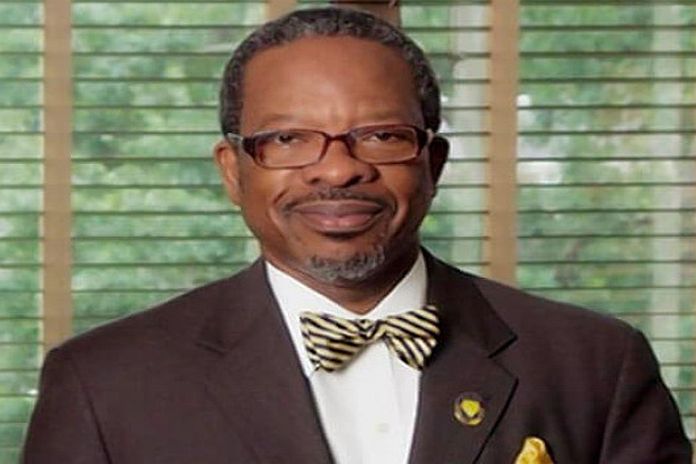 In Part I of this series I examined Venezuela’s recent saber-rattling moves against Guyana, while Part II addressed the high stakes involved for the two countries. With this as background I turned to the actions before the World Court in Part III. In this final article, I argue that prudence makes it necessary to pursue several complementary imperatives things that need to be actioned. I envisage three such imperatives, which should be tackled simultaneously to deliver maximum synergistic impact.

Unlike Venezuela, Guyana has not undertaken a consistent civic education campaign about the territorial controversy. I still recall my first visit to Caracas, Venezuela’s capital, more than four decades ago and being surprised at the frequency with which the musically impressive national anthem, Gloria al Bravo Pueblo (Glory to the Brave People), was played on radio and television. I quickly learned that this was part of Venezuela’s national patriotic education campaign. Official maps, school educational material, and other documents all showed and discussed the Essequibo as zona en reclamación (zone in reclamation). They still do so.

Guyana has had starts and stops in its public education about the controversy. The authorities need to launch and sustain a comprehensive public diplomacy campaign about the history of the dispute, the value of the territory, and the implications of losing it, as remote as that possibility appears. The campaign should make appropriate use of popular culture and social media, and it should cater for citizens at home and in the Diaspora. While the campaign should be spearheaded by the government, it should involve education, civic, corporate, religious, and diaspora organizations to be successful.

Although most of the country’s population lives along the coast, this campaign cannot be effective if merely a coastal one; it must extend to the towns and villages, especially in the six administrative regions in the Essequibo. Moreover, it must account for the country’s demographic and cultural realities. Yes, English is the nation’s official language, but it isn’t the only medium of communication. For many Indigenous Guyanese, Macushi, Kapong, Wai Wai, Wapishana and other local languages are their mother tongues.  Furthermore, Spanish and Portuguese are increasingly important modes of communication, including in the capital, Georgetown.

On a visit to the village of Aishalton in southern Guyana near the border with Brazil in January 2019 for the launch of Guyana’s celebration of the International Year of Indigenous Languages, I was delighted to witness the country’s national anthem rendered in Wapichan and English, and speeches delivered in Patamona, Akawaio, Wapichan, Makushi, Wai Wai, Carib, Arecuna, and Arawak. Linguistic pluralism is part of the nation’s rich socio-cultural diversity, and any public diplomacy campaign must take this into consideration.

The public diplomacy campaign envisaged here will surely be expensive. Fortunately, Guyana has the good fortune of having come into an oil bounty that could fund such a campaign. Just as important, the question of cost shouldn’t just be “can we afford it?” Even more crucial is the question “can we afford not to do it?”

Important, too, is diplomacy imperative. From Guyana’s birth in 1966 as a nation facing a hostile western neighbor, the country’s leaders decided, and wisely so, that diplomacy would be the nation’s first line of defense. This defense diplomacy approach paid off handsomely in several ways, and not only in relation to managing challenges from Venezuela, but also from Suriname, which maintains a claim for 15,000 km2 of Guyana. In its wisdom, the Irfaan Ali government has embraced the defense diplomacy strategy, and was able to mobilize critical support from CARICOM, the United States, Britain, the OAS, and other stakeholders in dealing with Venezuela’s intimidatory moves this year.

However, articulation of how the strategy will be actualized in the contemporary context is missing. Moreover, it is troubling that envoys are yet to be appointed for some diplomatic missions that would be key to the execution of the strategy. Georgetown should move with alacrity to appoint skilled diplomats—not political sinecures—in Caracas, Brasilia, and London. Caracas and London have had ambassadorial voids for more than a year now, and Brasilia for a shorter period, although there are professionals holding the forts there. The experience of Guyana and other small states suggests that having skilled diplomats is a cardinal requirement of success in pursuing defense diplomacy.

Especially key missions, such as those in Washington, New York, London, Brussels, Caracas, and Brasilia, should be led by experienced and energetic hands and not erstwhile politicians with discernible diplomacy deficits. In this respect, the government is to be commended for tapping Carolyn Rodrigues-Birkett to serve as Permanent Representative to the United Nations. She brings to the post the experience and network from having served as the country’s foreign minister from 2008 to 2015 and then as director of the Food and Agriculture Organization Liaison Office in Geneva from 2017 to 2020.

In a March 2020 report for the Center for Strategic and International Studies I urged Guyana’s leaders to pay attention to three geopolitical neighborhoods: the proximate neighborhood; far away neighborhoods; and the wet neighborhood. As well, I touted the need for them to boost the nation’s public security capabilities, as crime—especially homicides, burglary, prostitution, sex trafficking, illegal mining, drug trafficking, piracy, and cybercrime—likely will spike.

Budget allocations for 2021 by the National Assembly for the defense force, the domestic security services, and the foreign policy machinery suggest that the government takes this Imperative seriously, conscious that all the entities have serious deficits in equipment, personnel, and training. The Guyana Defense Force (GDF) for instance, is a minuscule security establishment. Indeed, the term force is a misnomer. According to the 2021 edition of the respected defense periodical The Military Balance, it has an active establishment of 3,400, organized into army, air corps, and coast guard units.

By comparison, Venezuela’s security forces number 123,000. Although Venezuela’s sheer manpower is multiples of Guyana’s, due in no small part to military conscription, their economic ‘troubles’ have resulted in a decrease in the percentage of their gross domestic product or GDP that is spent on the armed forces (0.5% in 2018) compared to Guyana’s 1.7 percent in 2019 . The projected growth in Guyana’s economy could unlock even more room in the budget to increase that percentage, bringing the GDF into the 21st century.

The March 13, 2021 commissioning of a new Bell412 EPi medium lift helicopter, purchased from the United States for US$9.5 million, is an important symbolic and substantive step in the direction of the Security Assets Investment Imperative. The GDF, which suffers from considerable aerial and maritime shortcomings, will use the new helicopter to monitor the country’s fisheries zone, conduct search and rescue operations, and move troops around the country. There is optimism that the defense gap will be closed in the coming years as the US and Guyana boost security co-operation.

A few key events just this year could be a harbinger of the co-operation to come. Of note is the visit of US Southern Command Admiral Craig Faller in January and the acquisition and cross servicing co-operation agreement that followed. This year’s staging of the Tradewinds military exercise and the partnership between Guyana Defense Force and the Florida National Guard are all notable developments.

At the commissioning ceremony President Ali pledged to boost the Coast Guard by acquiring additional assets before the end of 2021. He lamented the fact that the Coast Guard flagship vessel, the GDFS Essequibo, a converted British minesweeper acquired in 2001, has been rendered unserviceable. Thus, the Coast Guard does not have any vessels that can patrol at certain distances and depths of the Exclusive Economic Zone. This seriously compromises the ability of the GDF to provide adequate maritime security.

Clearly, Guyanese leaders have the onerous task of dealing with the existential threat from Venezuela on the judicial front. But they need to pursue imperatives related to public education, defense diplomacy, and security assets investment.

The post Going to the ICJ is necessary, but not sufficient appeared first on Caribbean News Global.