“Huge growth in demand for cherries in recent years” Thijs van Overloop cultivates cherries in the Netherlands. He’s expecting a good season. Although these will be on the market later than expected. “My company, Maatschappij van Overloop, has a harvest estimate of about 85,000kg. But, due to the earlier weather conditions, we can only start picking on 23 or 24 June. That’s usually on 10 June. The early varieties will do especially well. It will be an excellent harvest. The cherries will also be much sweeter. That’s thanks to all the recent sunshine.” 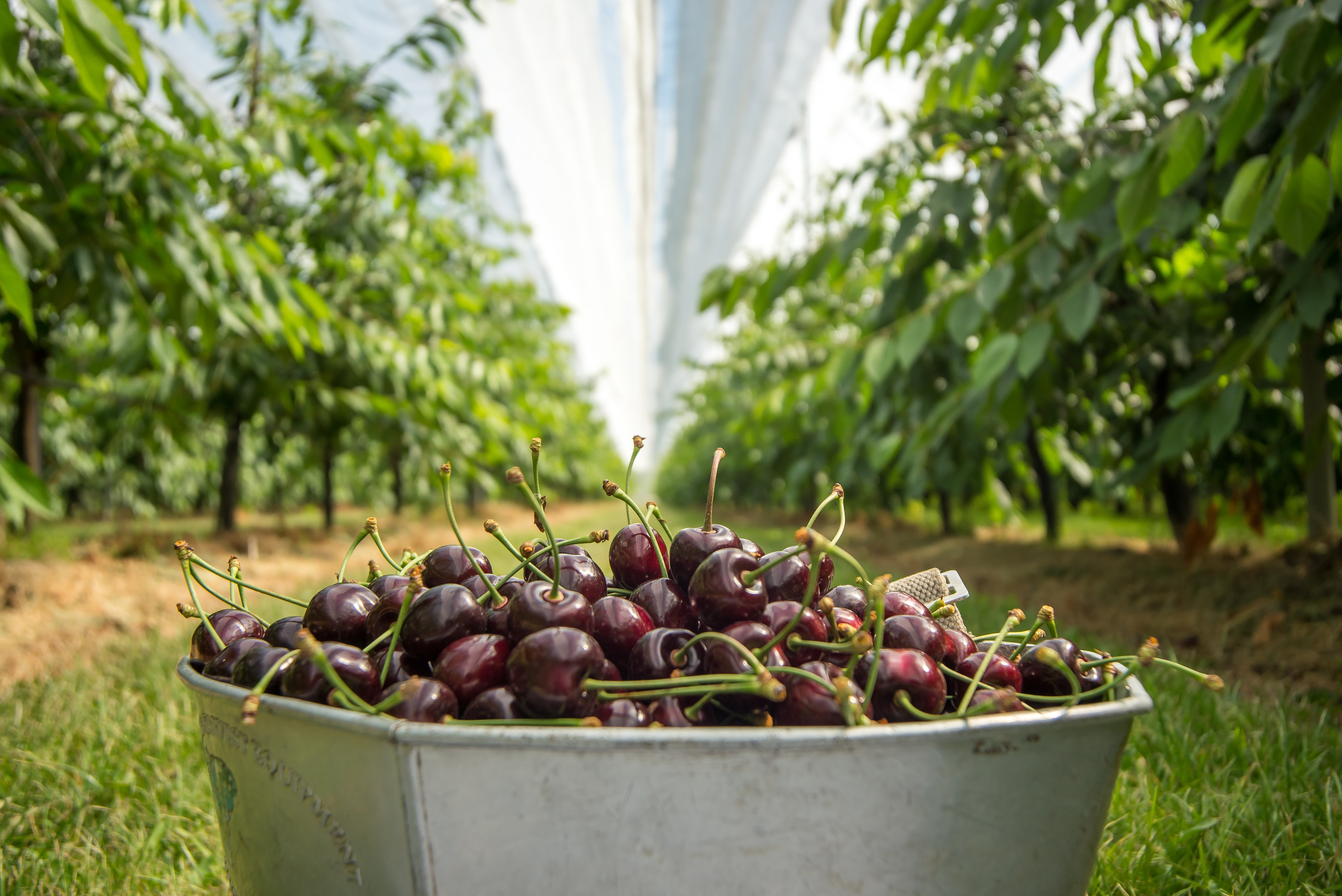 “Demand remains good. Traders tell me there are few French cherries on the market. That’s because of the frost in that country. There are still Spanish cherries. But the traders, naturally, want to start selling Dutch ones. Demand has also increased tremendously in recent years. That’s partly because of the global pandemic. We had a huge turnover then.”

Thijs doesn’t only cultivate cherries. He runs a farm stall and has products in fruit vending machines. There he sells cherries and other regional products. “People really do come for a good product and pay a premium for it. Many of them are local. But there are enthusiasts too, who travel long distances for our cherries. And we sell to retailers and traders.”

Thijs grows various cherry varieties. “We have Kordia, Regina’s, Karina’s, Lapins, Merchant, and Bigarreau. I arrange the sales together with fellow grower Johan Elenbaas. We’ve organized our sales so that a substantial part first goes to the retail sector. We also sell to several traders. They do both local and export trade. We also sell some through vending machines and in our store. When you quit the auction, you have to arrange everything yourself.”

“You can’t just hand over a crate and get a fixed price for it. We’re now in the final phase of negotiations. That’s with some big Dutch supermarkets, like Jumbo and Plus. That’s because 90% of our cherries already have a destination.” Thijs and Johan are still looking at where the remaining ten percent can go. “In any case, everyone’s welcome at the Puur farm store,” concludes Thij.