With restaurants in various states of reopening across the U.S., there may be new opportunities for imported goldenberries. 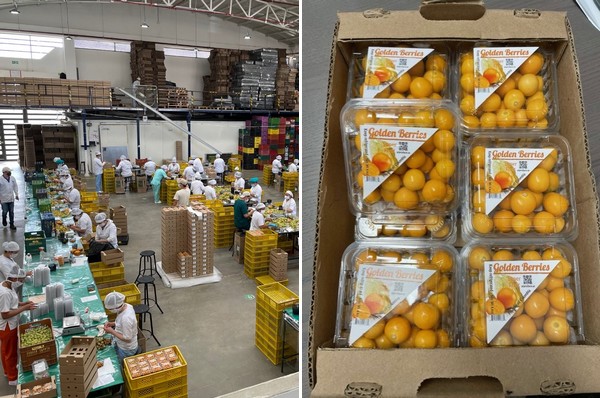 Left: Packing facility working with goldenberries; right: the packaging for goldenberries have minimal labelling so people can see the berries.

Also known as gooseberries, the citrus-like slightly tart berry grows largely in Colombia and Ecuador year-round. Homestead, FL-based A.R. Produce had begun importing them in 2020–however when foodservice, particularly high-end foodservice where these berries are often found in sauces, salads and more, shut down in the pandemic, A.R. Produce moved into offering them at retailers. “We started with a pallet and now we’re up 600 percent in supplies–it’s increased since last year,” says A.R. Produce’s Frank Martinez, who adds that the berry is sold with or without a husk in 4.4 oz. clamshells. “We carry mostly “naked” berries without the husk and the packages have minimal labeling on them so people can see the berries.”

The push at retail
Right now A.R. Produce is largely sourcing from Colombia and while it is looking to expand more into retail with this product, Martinez says foodservice will be an avenue opening back up for the berries. “We’re looking to get larger retailers on board with this. Restaurants will have them but right now they’re mostly trying to survive and might not spend the money on more expensive items such as this one,” says Martinez. 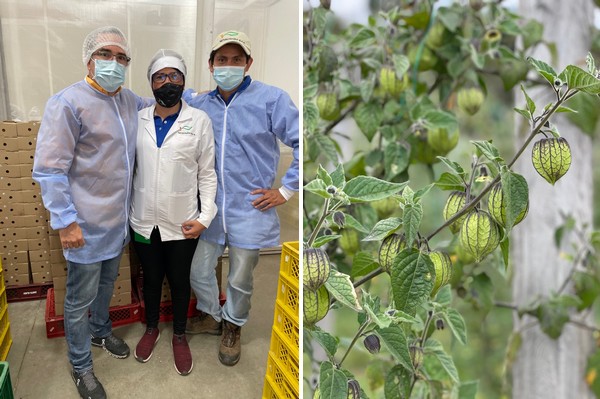 Pricing though is comparable to other berries in the category including raspberries, blackberries and blueberries, says Martinez. “These berries have to go through multiple protocols to come into the country which is why there is premium pricing on them,” says Martinez.