Through Priority Delivery, customers will be able to receive their online grocery orders in as soon as 30 minutes, Instacart said. The service also marks the debut of a new experience on the Instacart marketplace: A lightning bolt icon highlights in real time the fastest delivery windows available to customers. 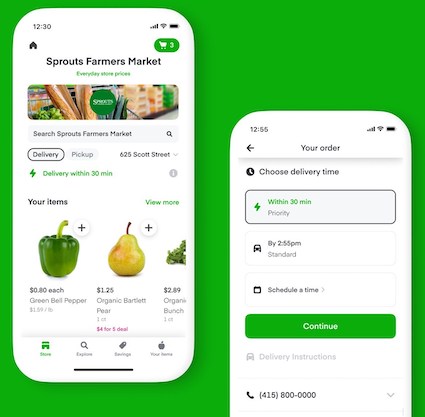 With Priority Delivery, Instacart is introducing a lightning bolt icon in its online marketplace and app that designates the fastest available delivery times. (Image courtesy of Instacart)

“For many customers, every minute counts when they’re in a pinch and need something in a hurry,” Daniel Danker, vice president of product at Instacart, said in a statement. “With today’s launch of Priority Delivery, we’re redefining the ‘quick run to the store’ and bringing the grocery express lane online for customers.”

Plans call for Instacart to launch Priority Delivery at more retailers in U.S. and Canadian cities over the coming months. The company said the rollout spearheads a broader effort to expedite online grocery delivery. Along with 30-minute service, Instacart aims to expand 45-minute and 60-minute delivery for more customers in more cities across the country.

“We know that no two grocery shops are created equal, whether it’s a bulk buy for the week ahead or just a few ingredients for tonight’s dinner,” according to Danker, who joined Instacart in March from Uber Eats. “So we’re launching new features that support the many ways people shop for their groceries today.” 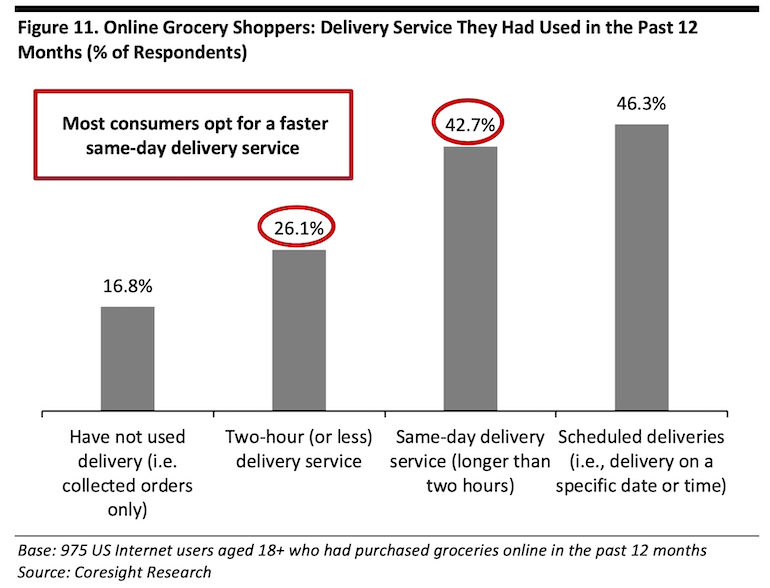