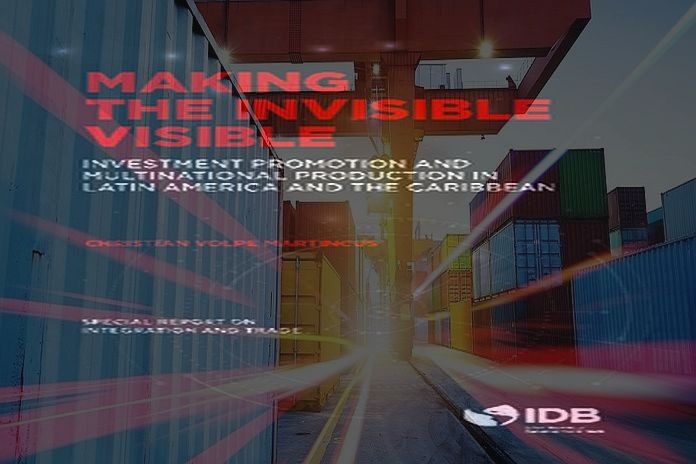 WASHINGTON, USA – Investment promotion strategies can help countries in Latin America and the Caribbean take advantage of new opportunities to attract multinational firms, boosting the region’s economic recovery, long-term growth, and sustainable development, according to a new report by the Inter-American Development Bank.

How IPAs are organized, what they do, and how they do it matter: IPAs that are larger, are more specialized in terms of their mandates and activities, have more targeted promotion strategies, and have more robust evaluation approaches tend to be more effective at attracting multinational firms, the report found.

“Investment promotion by dedicated agencies with clearly defined mandates and professional staff have proven to be a cost-effective policy for countries in Latin America and the Caribbean. They have helped make their countries visible to foreign firms and increase their participation in multinational production, often with modest budgets,” said Christian Volpe, principal economist at the Integration and Trade Sector of the IDB, and the report’s author. He also said that “to remain effective, IPAs need to adjust their strategies and activities regularly, since policy and business conditions and accordingly firms’ needs evolve over time.”

To stay relevant and further increase their effectiveness in the new global environment, shaped by the digital transformation, increased uncertainty, and the changes in global supply chains accelerated by the COVID-19 pandemic, IPAs need to take a series of actions.

The report specifically recommends that IPAs respond to the growing imperative to go digital, mainstream sustainability and gender equality into their approaches, make systematic use of data to improve promotion strategies, including through new technologies, institutionalize monitoring and evaluation practices, and coordinate programs promoting innovation, linkages, and trade.

The report also found that: