For all products there is an interesting market segment in which quality is more important than prices, and in which brands play a leading role. “We realized that many of the Spanish strawberry producing cooperatives are focused on exports (with the highest quality normally used for these shipments), and that there was an interesting niche in the Spanish market, where there are many consumers who are knowledgeable about the fruit and really demanding in terms of quality,” says Eduard Ràfols, manager and founder of Fruits Ràfols. 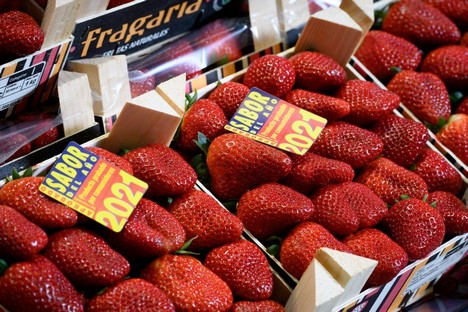 Fruits Ràfols launched the Fragaria brand in 2018 with the objective of offering consumers a high-quality strawberry; large in size, with more color, a consistent texture and an extraordinary flavor. “We did this working with the producer La Huerta de Doñana, from Almonte, in the province of Huelva, which now has 20 hectares, all of the Splendor variety. Although this is not a very productive variety, it had all the characteristics we were looking for,” he says.

In fact, this year, the brand has won the prestigious Flavor of the Year Award; an accolade granted by a jury of 80 consumers of all ages, both men and women, after a “blind tasting” carried out in an independent and accredited sensory analysis laboratory. The strawberry scored 9.02 for overall satisfaction after an evaluation of its taste, appearance, smell and texture. 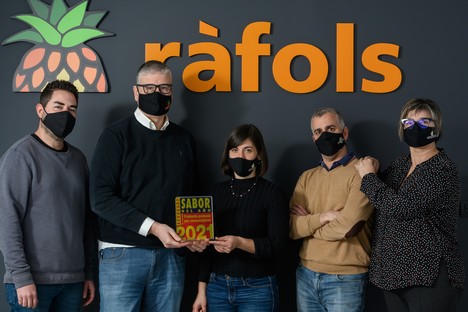 This season, which will finish in May, the sales volume is expected to have grown by 40% since the brand was created three years ago. Fruits Ràfols, a leading fruit distributor in the sector, expects to sell more than 200,000 kg of its branded Fragaria strawberries, all of which come from the same supplier in Huelva.

The brand is distributed domestically and is also exported to some countries such as France, Italy and Bulgaria. This year they expect a turnover of 750,000 Euro; 45% more than in 2018, when they started. According to Eduard Ràfols, the goal is to offer this brand all year round, not only from December to May, “but that is difficult, given our highly demanding standards. The sugar levels in strawberries increase while the fruit is on the plant, and from May onwards, due to the heat, the fruit ripens in just two or three days, so the flavor is not as good. As soon as the flavor isn’t ideal, we stop working with the variety and move on to the next one, which is sweeter. It is difficult to do large volumes with such a demanding brand, although we are seeking chances in areas further north, such as Segovia.” 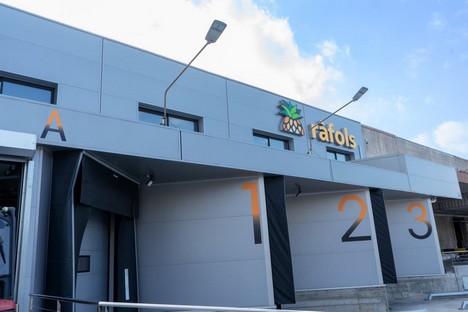 The producer of these strawberries, Jerónimo Borrego Barrera, expressed his gratitude to Fruits Ràfols. “I’m greatly motivated, because I put my heart into what I do, and I have felt very supported from the beginning. I know that they really care for the brand, and with their great support, we have obtained a recognizable, high quality product that has now received the Flavor of the Year Award.” Still, the producer says that they keep trying to improve year after year. “We always devote 5,000 m2 to test new varieties and improve the quality and flavor of the product.”

The founder of Fruits Ràfols strongly believes that “there is a market for high quality fruit. If the fruit is tasty, the consumer will want more and will look for the brand that guarantees a good purchase. This allows for higher prices to be set. In fact, our market prices can double and even triple those of other brands, allowing the producer to reinvest in the product and maintain its quality and even improve it.”

“Berries have become our flagship products”
Eduard Ràfols used to be a professional basketball player, although a serious accident frustrated his career. “Since I was little, I have been closely involved in agriculture, so soon I decided to devote myself to this business, founding my company in Barcelona,” he says. “Fruits Ràfols distributes, imports and exports premium fruits since 1988. It is 80% focused on the domestic market, working both in the wholesale and with small supermarket chains. It currently has a team of more than 30 workers, some 1,300 customers across Europe, more than 230 suppliers and 300 different products from some 40 different families. 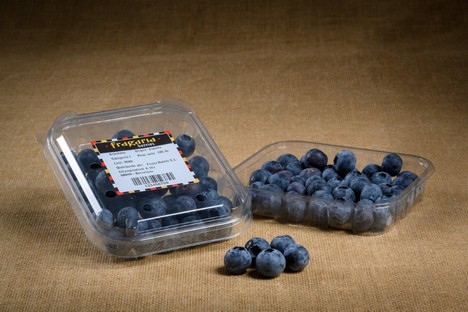 One of its specialties is precisely berries. “At the beginning, our core business was apples, pears and stone fruit, but with these products we were just another average trader in the Barcelona market. About four years ago, we were given the opportunity to start working with berries and now they have become our flagship products, boosting our sales. We are importing and exporting to northern Europe,” says Eduard Ràfols. Outside of the Fragaria brand, the company sells around 1 million kilos of strawberries. In 2020, berries accounted for 12.77% of the total turnover (4.2 million Euro and more than 591,000 kg), when in 2017 they represented only 4.7% of the total. Blueberries account for 64% of the volume of this fruit family.

“Our goal is to be able to offer the whole range of berries all year-round. We already import strawberries from Peru in the off-season, as well as blueberries from Peru and Chile. We believe that we will be able to achieve this in two or three years,” says Eduard Ràfols. 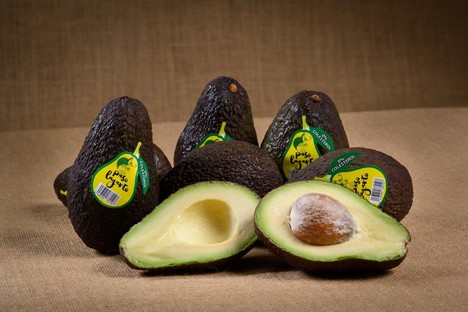 Fruits Ràfols is present in two halls of the Mercabarna food hub and has a 2,000 m2 air-conditioned warehouse, with chambers with environmentally-friendly CO2 technology. The company only uses state-of-the-art electric and eco-friendly machinery to ensure energy efficiency and sustainability, and recycled or biodegradable film. It is also introducing paper or cardboard fruit trays to minimize its environmental impact.  The company increased its turnover from €10.04 million in 2005 to €15.40 million in 2015 and €33.17 million in 2020.