A Northern Territory tropical fruit company is preparing to expand its durian production, hoping to get the best value out of its crop.

“We removed a few R2E2 mango trees because they were underperforming,” he said. “We plan to put more durian trees in on the higher end where it doesn’t flood, and put more TPP4 (mangoes) in the bottom wet areas. So, it’s just to fill up the property and give us more reliable income from that area. As for volumes, we don’t know how much we are putting in yet. It just depends on how much it floods, so we will watch which areas it floods, and where not to put the durian in.” 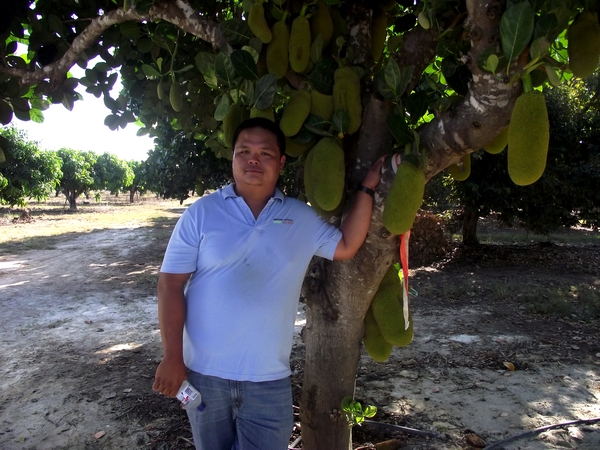 The farm also produces jackfruit and pomelos on 250 hectares, over five properties in Humpty Doo, 60 kilometres outside of Darwin. Mr Siah says the most recent season was a good one across all of his crops.

“Mangoes were pretty good. We have got it ‘down to a T’ no matter what season it is: hot, cold or just right,” he said. “Durian was much improved on the year before. We got close to 12 tonnes, from about five last year, but it can’t beat the year before, which had about 30 tonnes. Pomelos have been normal and we have just got out of citrus canker season, so it means less input and less requirements we have to meet. It means we will save a day less packing and processing than we used to. We also don’t need an inspector on-site to inspect the fruit as we pack it. With jackfruit, we did around 80-90 tonnes, and it was good quality and went into the Perth for the first time.”

Mr Siah added that the demand for fresh jackfruit keeps growing, and he has broken price records in Perth, with $17 per kilogram, compared to Sydney which is around $12 a kilo. But he still sends into New South Wales because it moves more volume and some people are willing to pay for lower quality fruit. 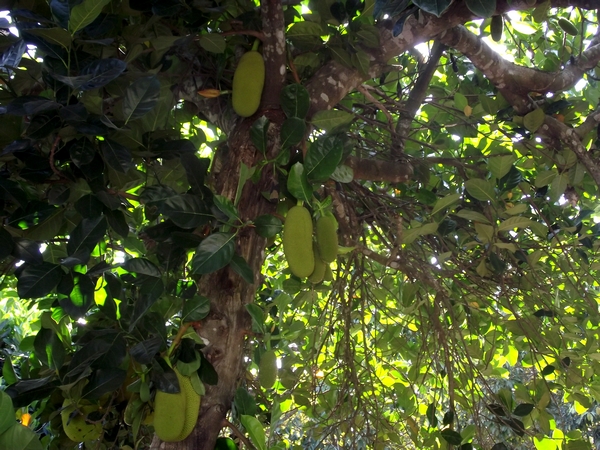 While production in his area is expanding, as his neighbours plant more trees to cater to the demand, which he says will grow as people who are not familiar with the fruit become interested, and pick up new ideas.

“This has been planned from a year or two ago, prior to this plush of green culinary jackfruit,” Mr Siah said. “Traditionally, this has been a yo-yo effect. So, in 2000 there was a lot of jackfruit put in the neighbourhood, then they hit a point where it was not economical for them, so they pulled it all out and now we are at the point where it is being put back in – that is until it hits the wall and comes down again. Tree ripened jackfruit is a hard market to get into because quality is hard to get. We (at TPP) have worked on specs and techniques to get it down to the (interstate) markets without much loss during the dry season. That is one of the keys the other guys will have to work on. A lot try to harvest not ripe jackfruit and try to ripen it on-route, which can have a taste different profile. 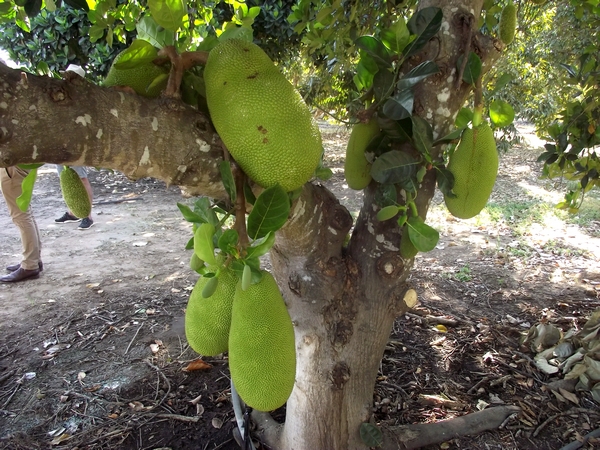 Tropical Primary Products have been a family-owned and operated business since 1987 when Mr Siah moved to Australia from Malaysia as an 18-month old child. Today, with his two parents, the three operate the company full-time and have seen the growth first-hand of the fruit industry in the NT.

“It is definitely growing, we seen people focus on the key crops: mangoes, rambutan, jackfruit and melons,” he said. “Unique exotic fruits are a bit rarer in the Territory because we have two very distinct seasons, which is not ideal for true tropical fruits. We have the wet that’s really wet, and the dry that’s really dry. North Queensland is probably more ideal for these tropical fruits, although they do get cyclones that damage the crops and many growers over there get disheartened and want a quick cash crop.” 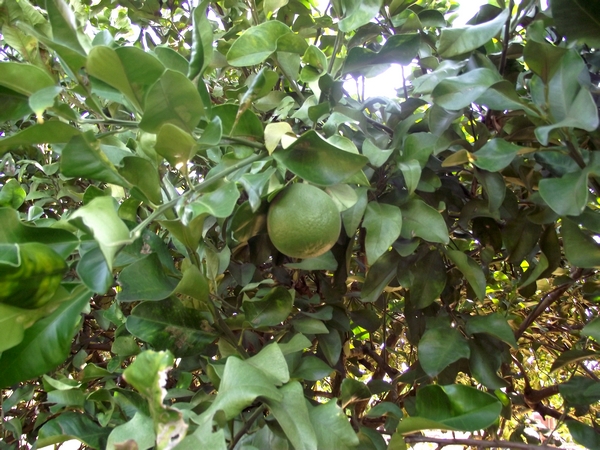 There is expansion already happening across the Territory, according to Mr Siah, but he says growers need to weigh up the cost of production and logistics, compared to the selling price that they will receive at the market.

“There is some profit on some of the lines if you know how to do it,” he said. “The key infrastructure requirement for up here is transport and long-road logistics. It takes four days to get to Sydney and Melbourne by road, and while it is refrigerated, you have to ensure that the fruit arrives in good condition. It has to have a 3-4-day shelf life after it arrives. If you have a product that arrives in poor condition, you lose money.”

He added that the climate is getting warmer, but that can be good or bad for a grower.

“Some trees do require cold snaps. Potentially some trees may lose the ability to flower consistently in this region,” Mr Siah said. “Therefore, it may no longer economical to grow that particular fruit here. A good example is some mangoes varieties have become harder to flower in the Territory than they used to because we don’t get as many cold snaps for flower induction.”