The breva fig campaign started last week in the Spanish municipalities of Albatera and Elche, in the province of Alicante; the earliest production areas of this fruit and the most important in terms of volume in Spain. Compared to last year, when the production dropped by between 50 and 60% due to the impact of the weather, this year the volume is back to the usual levels.

“Last week we started the campaign with small volumes and high prices, since they were the first breva figs of the season,” says Teresa Agulló, manager of Alcudia Export-Fruit, based in Elche and also specialized in the cultivation and marketing of lemons and pomegranate. “As of this week, we already have consistent volumes, allowing us to meet the programs previously agreed with our customers. Prices have dropped a little in the last few days as the supply has grown, but we expect them to remain at acceptable levels throughout the campaign,” she says. 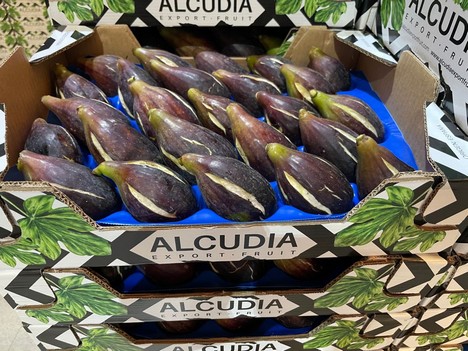 Breva figs for the Spanish market

The Colar variety is the most widely planted in these producing areas of Alicante, which obtain two distinct harvests: that of the breva figs, from the end of May to the end of June, and that of the regular figs, from mid-July to the end of August. “The breva fig is a unique fruit that allows us to reach the markets at a time when we don’t need to compete with any other origin. After mid-July, we compete strongly with the figs from Turkey, mainly during our second harvest,” says the producer and exporter.

According to Teresa Agulló, this year’s breva figs are reaching large sizes and the quality is good, and she believes that the demand will take off as the temperatures rise. “Neither in Spain nor in the rest of Europe has the weather been as good as it should be for summer products to be consumed. While it is true that the last batches of figs from Brazil are still available in some markets, they don’t actually represent competition for us, as they do not put pressure on our fruit. I believe, however, that the impact of the COVID sanitary crisis is perhaps taking a toll on the purchasing power of consumers. The fact is that the breva fig is not a cheap product, but an exclusive and exotic fruit, considered a delicacy and a superfood due to its antioxidant properties and the amount of energy it provides. This is making it increasingly popular.” 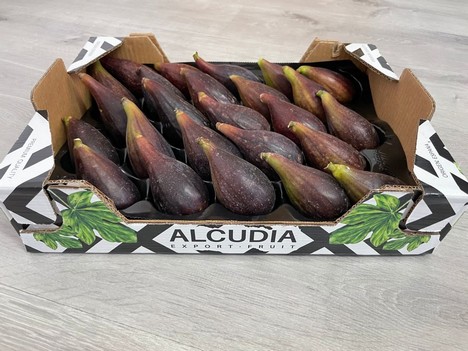 Alcudia Export-Fruit sells around 40% of its breva figs and regular figs to wholesale markets and supermarket chains nationwide. In this market, the figs have stripes or streaks on the skin, which indicate that the product is at its best in terms of sweetness. “This is something they do not understand in other countries, which prefer figs with a completely smooth skin,” says the manager of this company. The remaining 60% is exported mainly to countries such as France, Switzerland, the Netherlands and the United Kingdom. They also ship by air to Canada and Singapore, although this year “it is going to be more complicated due to the lack of available flights and the high costs of air transport,” she says.