The coronavirus crisis and the resurgence of the pulpería – A few months ago, a report from the National Retailers Association showed that 50% of shopping in Costa Rica is done at pulperías and small neighborhood stores. The reason? It’s faster and no long lines at the checkout.

The pulpería or abastecedor started out as a rustic version of the mom-and-pop store in the early 1900’s. They were found mostly in rural communities, sold basics and not much more, and had a bench out front for hanging around.

These stores still exist but have met modern times by expanding merchandise, offering more services and calling themselves Mini Supers. You can recharge your prepaid cell phone and pay utility bills, but it’s still a neighborhood store run by a family that lives next door. The bench out front is still an integral part of the pulpería. 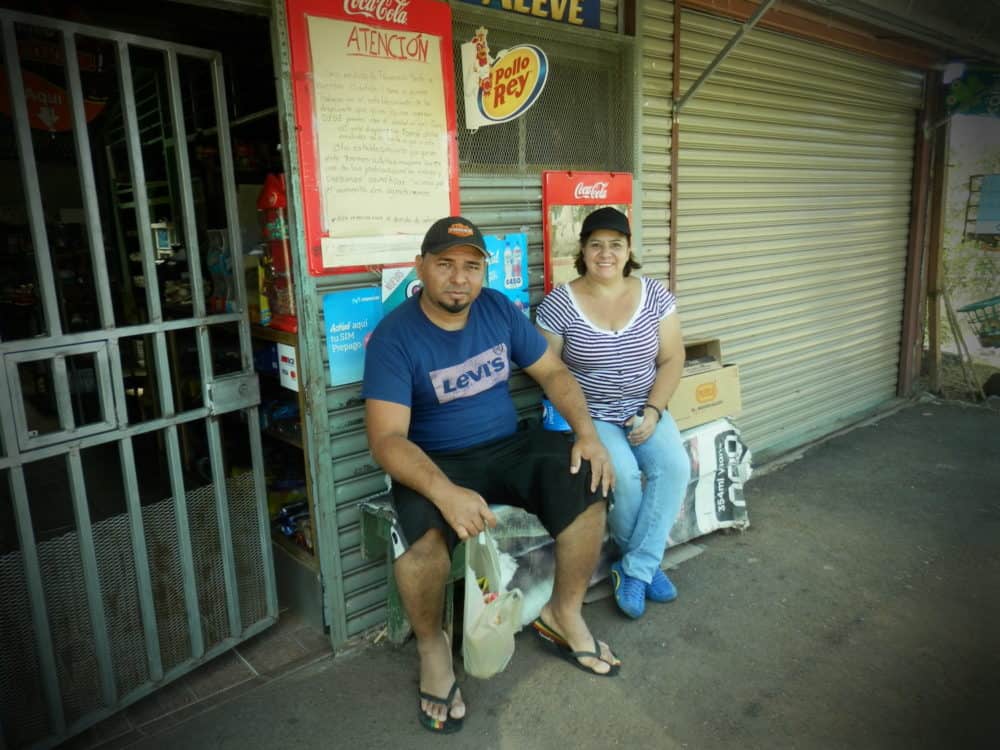 A pulperia is not a pulperia without a bench out front. (Mitzi Stark / The Tico Times)

With the COVID-19 pandemic causing people to stay home and distance themselves from crowds, many businesses have closed, and others are losing money.

But the pulperías are doing well — some even better than before. Perhaps the neighborhood store, where we all know each other, seems like a safe space.

“Nobody here has the virus,” claimed one woman who said she’s not afraid to shop at the “pulpe” in Calle Vargas de Alajuela.  “Going into Alajuela, I could become a carrier and infect everyone.”

Some of the pulperías in my area have closed to visitors, but they still serve customers through an opening in the door. Most pulpería shopping is for a few items, but attendants will bag an entire grocery list or, in some cases, prepare a phoned-in order for pickup.

Because at a neighborhood store, everybody knows everybody. The owners may even remember which brand of yogurt and which type of pizza sauce you like.

“Some people don’t like it because they like to browse around and pick out what they want, but they accept it,” said Keylin at Flaco’s Mini Super. “Others like it because we do the work. And the call-in service is popular.” 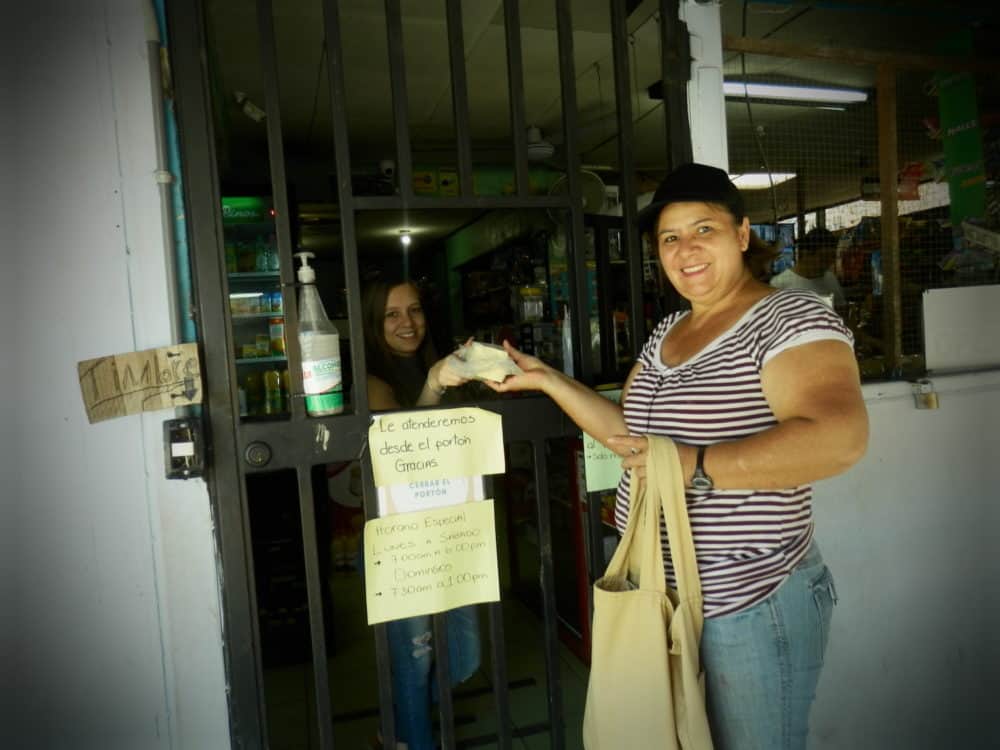 Keylin hands a bag to a customer. (Mitzi Stark / The Tico Times)

The attendants do work harder because they’re the ones running around all day, and they also have the responsibility of disinfecting and cleaning.

“We wash our hands all day long,” said Sandra, who works the Flaco’s cash register.

Flaco’s is still a mom-and-pop store with the addition of daughters, sons-in-law, nieces and nephews. 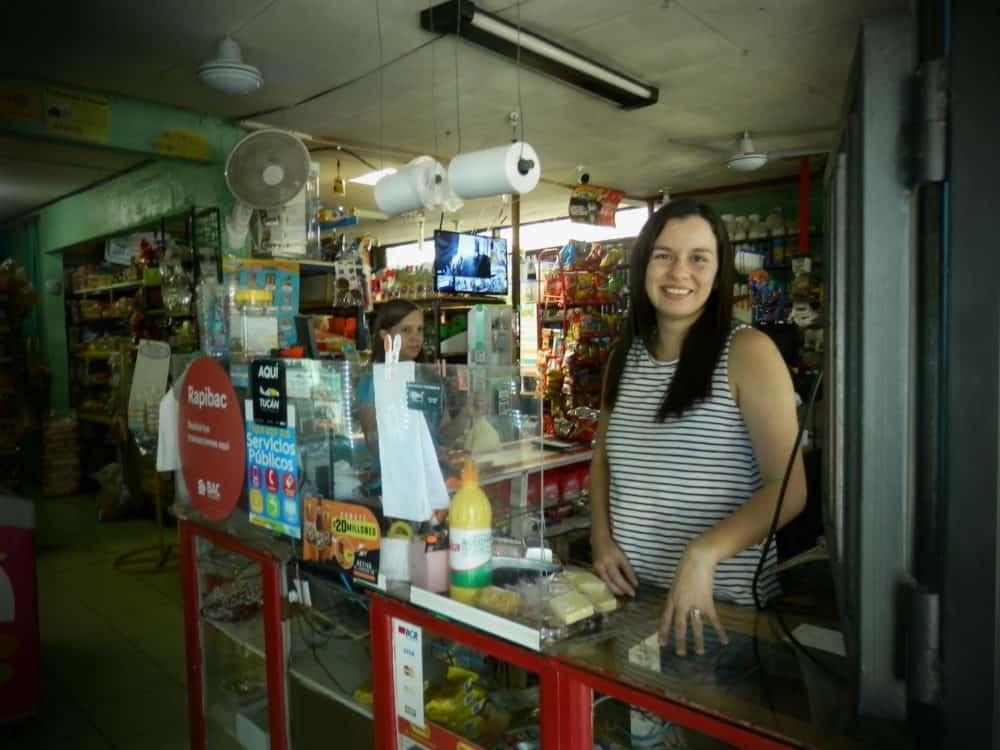 Demand is down for some items, but purchases of cleaning supplies, alcohol gel and vegetables are up, according to one pulpero, or store owner. Charging up cell phones is way down, but overall business has gone up.

“Some who used to shop in Alajuela now shop here. We also have express service. For 500 colones (less than $1), we will deliver to your door,” he said. “These are all people from around here.”

A gate across the doorway keeps people out, but they don’t stop shopping. Ricardo plans to stay open serving customers over the gate.

The El Tajo is a small pulpería. The gate at the door is closed, but owner William lets one customer at a time inside.  More would make it too crowded, he explains. He says business is about the same, although it has gone up some as more neighbors now shop locally

William runs the store alone and has to wipe down shelves, counters, refrigerators, ice cream coolers and floors with disinfectant and has alcohol gel for customers to use before picking out their items. He admits to being reluctant to let in strangers. Credit is also a part of his store, because he knows the people will pay someday and now, he says, the government allows stores to delay paying the IVA (value-added tax), which is a help. 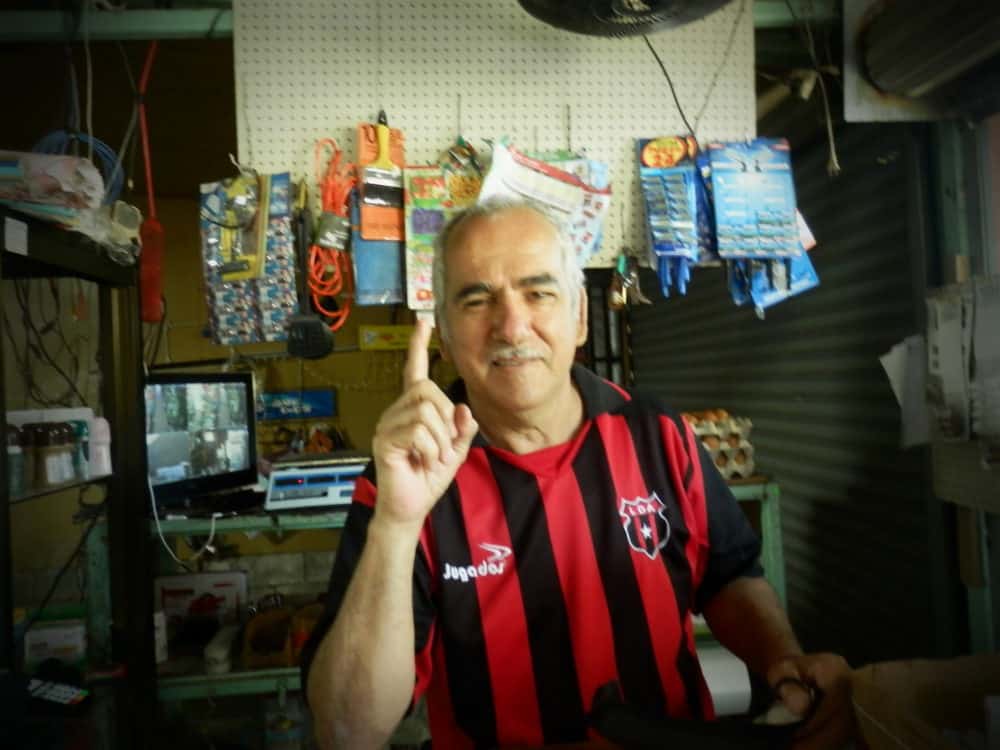 William serves one at a time. (Mitzi Stark / The Tico Times)

Not all pulperías are making changes. The Santa Ana pulpería in Tambor de Alajuela has no restrictions. Everything’s just like normal, said the woman at the counter.

Freddy is another worker bringing food to outlying areas. He has a weekly route to sell fruit and vegetables in Barrio San José and Tambor de Alajuela. He starts out early in the morning stocking his truck at the CEBADA wholesale market in Heredia. Most of his customers are regulars — men and women who are home during the day and depend on him to provide food — but now more neighbors come out when they see his truck stop, and people are buying more.

“Business is definitely up, especially for fruit,” Freddy explains. When we speak, there are still no known virus cases in his area, so he feels safe. 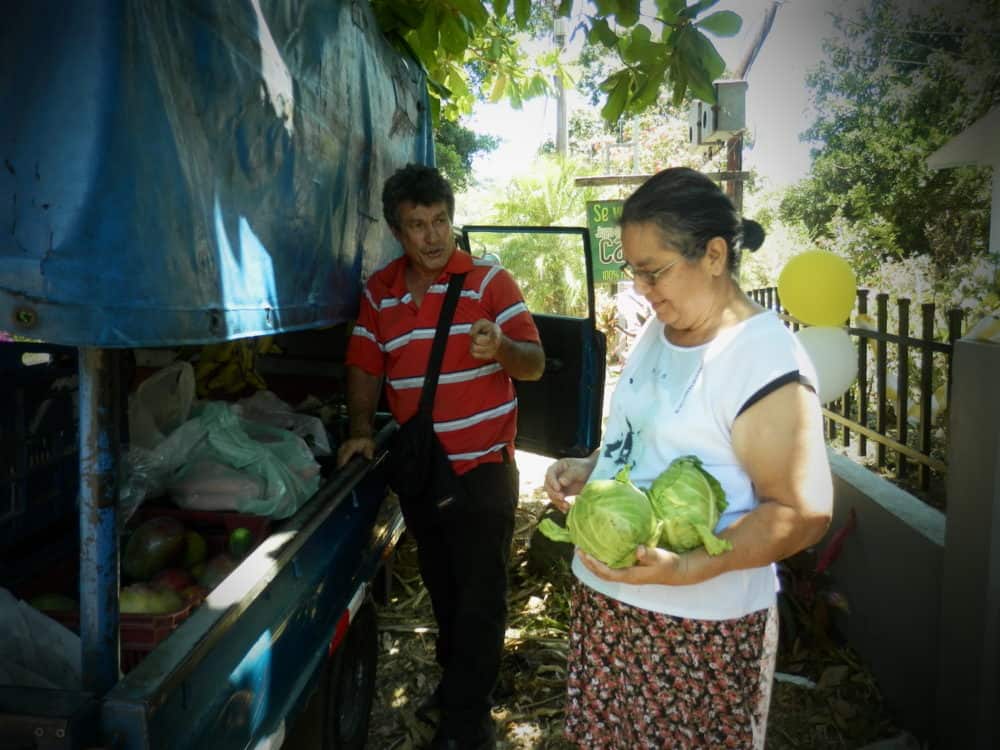 Freddy and a customer (Mitzi Stark / The Tico Times)

And as we’re all urged to stay home to prevent the spread of COVID-19, these workers and these stores are doing a double job of providing food and keeping us safe.