“For a long time, the criticisms addressed by large-scale retail buyers towards Sicilian citrus producers and traders of citrus fruits have regarded three aspects, in particular that of a high fragmentation of the productive base, the lack of standardization regarding product quality and a reduced production calendar,” said Salvatore Imbesi, technical director of Ortogel Spa. 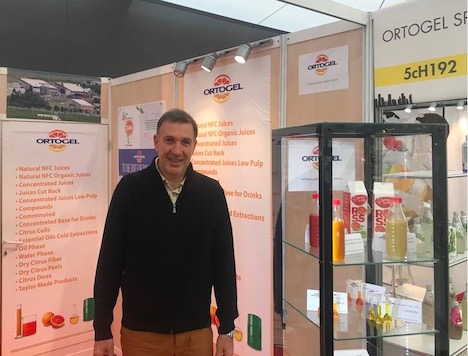 Over the past years, the genetic improvement of citrus plants in Sicily is putting an end to some of the above-mentioned issues.

The introduction on the market of new early and late varieties has expanded the citrus commercial campaign while at the same time it has improved the product quality both for its resistance to phytosanitary attacks and for higher levels of anthocyanins detected in blood orange fruits. Moreover, we are witnessing a more unified use of land, which historically has been fragmented.”

“Such conditions are also fundamental for the citrus industry, but in 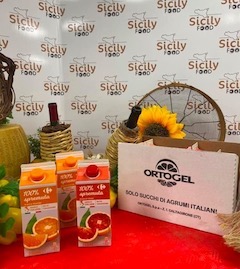 order to guarantee production, there must also be a citrus register, which has been requested for years (see related article) and an update of the EU guidelines, Directive 2012/12/EU, which specifies the names under which fruit juices are sold, by including the name of origin of the raw materials, i.e. Italian blood orange, Italian blond orange, Italian lemon, Italian mandarin. Without these market protections, all the work accomplished so far will be wasted”.

We cannot forget the 2016/17 citrus campaign during which some companies quoted blood oranges destined for processing at 0.05 €/kg due to a large amount of available fruit.

“Despite the large quantities of fruit for the current campaign, we have successfully handled this problem. Depending on the areas, the production surplus is estimated to be between +100% and +200% higher than in the last two citrus growing seasons. In spite of these conditions, the basic market price for oranges destined for processing was higher than that ever recorded for blond pulp oranges in previous years, equal to € 0.12 and € 0.18 for blood oranges. This price is even higher than the one paid by the large-scale retail trade for the purchase of citrus fruits of caliber 6 and 7, intended for the fresh market.”

The fact that a fresh product may be paid less than a processed product is not only inconceivable, but it is also the alarm bell of an anomaly in the sector.

“Ortogel’s activity has continued with pride, despite being constantly criticized and hindered by some players in the supply chain. Today the company has successfully transformed all the available product, thus becoming a leader in the orange processing sector and a reference point for the whole industry. There is no doubt that the success of a supply chain is also that of restoring the balance of market prices.”

“All of this has been possible thanks to those who have collaborated in believing firmly in the supply chain project and not taking advantage of the temporary circumstances which have occurred during the various campaigns, thus still providing a constant supply of citrus fruits to the company. Such conditions have allowed us to regain our leadership, regardless of the many financial and economic difficulties we had to face, worsened by continuous proposals for the supply of derivatives at low prices and very often lower than production costs aimed at contrasting Ortogel’s recovery process.” 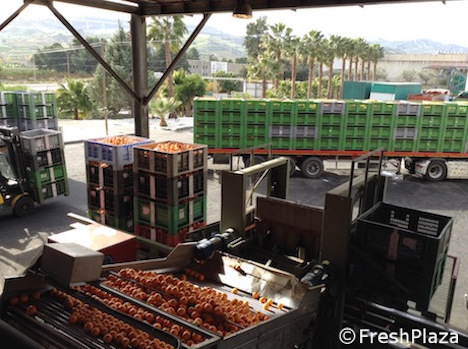 “To date, Ortogel has overcome all its economic-financial challenges. Our company continues to operate with the same determination and humility as those who have earned the trust of their customers by supplying semi-finished and finished products. We are honored to be fresh juice suppliers of the most important Italian large-scale retail chains, such as Esselunga and Carrefour. We would also like to publicly thank the many customers who have shown their preference for the consistent quality and reliability guaranteed by Ortogel, rejecting offers from other players in the chain, which are only apparently more advantageous.”