The Australian banana industry honoured the work of five of its valuable members at a gala event in Cairns.

The Banana Ball was a fitting end to Banana Congress 2021, which saw a record number of delegates take in a range of speakers, social events and exhibitions in the banana heartland of Far North Queensland. 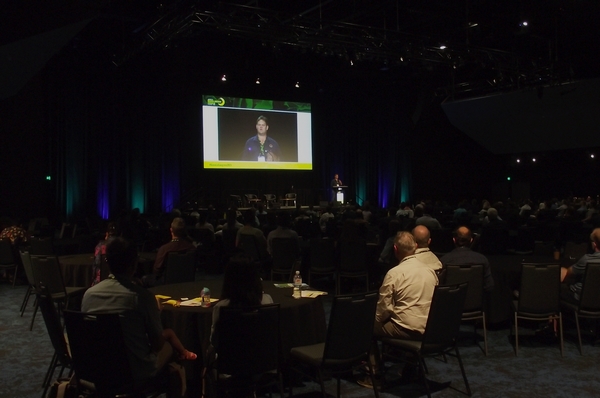 To view the Photo Report from the Australian Banana Industry Congress 2021, click here.

This year, the Australian Banana Growers’ Council (ABGC) introduced the BMP award, to recognise the extraordinary environmental work being undertaken by growers. ABGC chair Stephen Lowe said it was about celebrating those who are leading the way, going above and beyond with outstanding farming practices that contribute to water quality improvement in local waterways and the Great Barrier Reef.

“The idea is that it is given to someone who demonstrates commitment, innovation, a willingness to share information and a desire to contribute to the long-term improvement of water quality and farm productivity,” Mr Lowe said. “I couldn’t imagine a more fitting person to receive the inaugural award than Gavin Devaney.”

The Awards of Honour are given out every two years as part of the Australian Banana Industry Congress, and Mr Lowe also paid tribute to the incredible careers of those acknowledged with Awards of Honour.

“We count some of the world’s most innovative growers and researchers among our Australian industry. To say we are lucky is an understatement,” Mr Lowe said. “Growers like Dennis Howe and Franziska and Peter Inderbitzin are renowned for their hard work, resilience and willingness to take a risk. They’re also top people to boot. It’s thanks to researchers like Jeff Daniells, often working tirelessly behind the scenes, that our industry has such a positive future here in Australia.”