Australia’s persimmon growers are reporting large volumes coming through and great quality of this year’s fruit, thanks to favourable conditions in the lead up to the 2021 season.

“It’s been a really productive season for Australian growers,” President of Persimmons Australia, Chris Stillard said. “Last year growers were in the grips of a global pandemic and many farms were in a drought. Due to the hot, dry climate, the 2020 persimmon season mainly produced small-sized fruits with limited supply. However, this year is almost the complete opposite – thanks to great growing conditions over summer, this season we’ve seen an abundance of persimmons hitting stores, with excellent size and quality of fruit.”

Mr Stillard added that the international market for Australian persimmons is also growing and has become much more active this year. “Six per cent of production is now being exported overseas,” he said. “Singapore is the largest international market for Australian persimmons, followed closely by Malaysia, as well as Hong Kong and Qatar, with growing opportunities in the Middle Eastern market.” 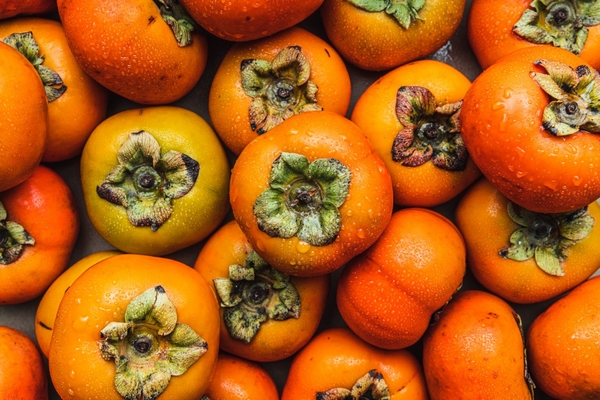 Both the demand and supply of Australian persimmons are growing, according to Persimmons Australia. Consumers are buying more as the fruit becomes more widely available in major supermarkets and fruit stores, with marketing campaigns focussed on increasing awareness and driving consideration in recent years.

“The marketing and promotion campaign for 2021 has been focused on driving awareness of Australian persimmons through public relations and social media, aiming to increase knowledge and understanding of the fruit and how to enjoy it,” Mr Stillard said. “This year’s campaign has included sharing grower’s persimmon recipes to help inspire Australians with new ways to enjoy the fruit while it’s in season, educating on how to choose persimmons, quick and simple usage ideas, and the health benefits of persimmons.”

According to the latest data from the Hort Innovation Statistics Handbook, for the year ending June 2020, 2,771 tonnes of persimmons were produced in Australia, which was an increase of seven per cent on the previous year, and valued at $11million. Those figures could jump even further with the reported abundance this season.

But Mr Stillard says the consumption of persimmons has also continued to grow as consumers gain increased recognition and awareness of the fruit in both Australian and international markets.

“The persimmons industry is expanding slowly as recognition of the fruit continues to increase, with farms planting new trees to meet this growing demand,” Mr Stillard said. “There are two types of persimmons available in Australia, the crisp, crunchy Sweet persimmon (Fuyu and Jiro) and the soft, juicy Original persimmon (Hachiya). Sweet persimmons are the prominent variety, accounting for 90 per cent of production in Australia. However, industry developments are underway to introduce additional varieties into the Australian market in the next 4-5 years.”

The autumn fruit is in-season for a short time from mid-March through to late June.