Although climatic conditions were favorable during winter and spring of MY2020/21, during the last weekend of January 2021, heavy rainfall damaged table grape crops that were ready for harvest. The heavy rainfall caused damage to the fruit, not only cracking it, but also increasing its susceptibility to fungus infections or by throwing down trees. 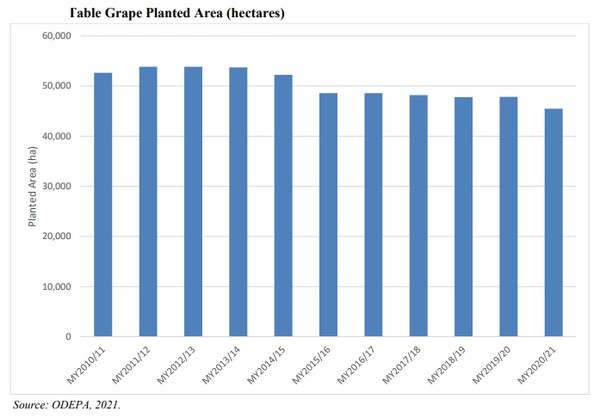 Table grapes are more susceptible to damage by rainfall than any other fruits such as apples, which can still endure the impact of water, although they will still require the use of fungicides. The affected orchards and farms are located in the regions of Valparaiso, Metropolitana, and O´Higgins, all of which hold large shares of the table grape production area.

The early harvest table grapes, produced in the regions of Atacama and Coquimbo were not impacted, however producer associations reported losses of up to 80 percent in orchards located in the O’Higgins region.